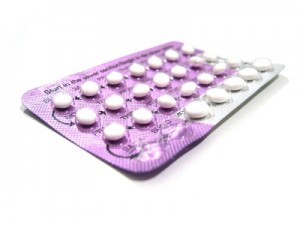 A recently conducted study has found that birth control can distort a woman’s ability to find the perfect mate. The attraction between a man and a woman is based on several factors other than physical appearance and personality, that are rooted in the biological processes of the human body. One of these basic biological processes is the human sense of smell’s perception of the other person’s body odor, specifically in the aromatic molecules of the body’s scent, which indicate genetic compatibility, through the major histocompatibility complex (MHC) genes.

Biologically, humans are programmed to select the best mates in order to provide a diverse set of genes for their offspring, to build a strong immune system, which allows them to be the fittest of their generation and promotes their prospects of survival. The greatest attraction that is indicated through body odor is in couples who have widely different MHC genes, which in turn contributes to more genetic compatibility, satisfaction and even faithfulness.

The findings of this study have proven that women taking birth control have a distorted sense of smell, causing attraction to men with similar aromatic molecules. This is because birth control pills create a hormonally pregnant state in a woman’s body, and in doing so shuts off their need for a man with opposite MHC genes, as biologically speaking, the woman is not in need of a mate. The misperception of a perfect mate for a woman could lead to a multitude of problems, as couples with similar MHC odors are often subjected to more fertility and fidelity problems throughout the course of a relationship, because once the woman stops taking the pill, both parties tend to perceive their partners in a different manner, and as a result, their relationship completely falls apart.