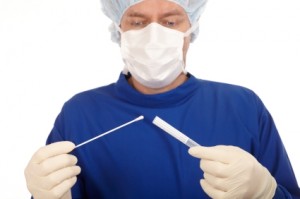 Making love should be a pleasant experience, and definitely not have crime scene after effects. Vaginal bleeding after sex can ruin a good night and a set of sheets. Bleeding during or after sex is not normal and should be checked by a health care professional.  There are conditions that can stimulate this type of reaction during sex.

Dysplasia and Cervical Cancer – Cervical cancer can cause vaginal bleeding after intercourse. Precancers and early cancers normally do not bleed. Women over 30 should undergo a Pap smear. If financially a Pap smear is a problem you can find lower prices at some Planned Parenthood clinics. Because cervical cancer is caused by HPV it is also recommended you have an HPV testing as well.

STI’s – Chlamydia and gonorrhea are caused by the passing of bacteria during intercourse. STI’s can attack the cervical cells and cause bleeding, discharge, pain, burning, and itching. STI’s should be treated immediately or they can worsen and eventually lead to infertility.

The bleeding is easy to differentiate from period blood. It is a more vibrant red and the bleeding is heavier. The bleeding will be heavy at first but slow to spotting and normally the spotting continues for a few days. Anytime you experience vaginal bleeding post-sex, see a doctor before engaging in sexual intercourse again.