The Pill is the Most Used Contraceptive 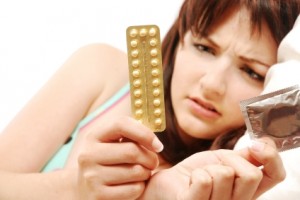 The pill works by stopping the hormones that activate ovulation by providing an extra dose of estrogen. This prevents the release of an egg. Not only this, but it also thickens the cervical mucus, making the strenuous trek for sperm even harder. The pill must be taken daily for optimum results.

Because many women forget to take the pill on a daily basis, there have been recently created iPod and iPhone applications that help by providing a daily reminder in the form of an alarm. As well as this you can also try using an online calendar, a alarm set on your phone, a note on your desk, or other simple reminders to take the pill.

The pill has been the most commonly used form of contraceptive for 2 years now and will hopefully be continually used in the future despite new, more complex methods being discovered in the medical world.