How the Pill Changed Lives in the Past 50 Years 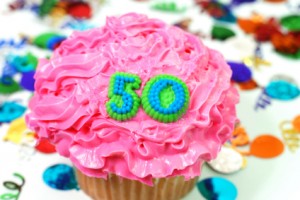 The birth control pill opened up a world of possibilities for women after it was approved by the FDA for public use in the 1960’s. Today, the pill is regarded as one of the most popular forms of contraception and used by millions of women worldwide. From its initial development, as a pill with the same promiscuous reputation as pornography to now, the pill has largely shaped the world image of women today. Whether you’re currently on the pill or not, there are several ways that the pill has impacted your life, as well as the lives of many women around you.

In addition to expanding the sexual horizons for both men and women alike, having the ability to delay having children has given women the full advantage of being able to increase their financial security. Women who choose to delay pregnancy until their careers get going have been shown to be more financially secure in their fifties than those who had children earlier. The work experience and education that is attained by women who avoid pregnancy until later in life often allows for the opportunity to get and  keep better-paying positions in the workplace when they do choose to have children.

The formulation of the birth control pill has developed significantly since its release in 1961, and now provides hormonal benefits that counter-act many woman-specific health issues. The Pill works by manipulating the hormones in the body, and in many women works to alleviate the common symptoms associated with menstrual cycles. The pill has been proven to reduce the risk of ovarian cancer. Certain types of birth control pills, such as Yaz, utilize a hormone formulation that is advertised to clear up acne in addition to preventing pregnancy and reducing premenstrual symptoms.

In just fifty years, the pill has had what would be considered one of the greatest impacts on the image of women worldwide; in allowing women to decide when they want to have children, the pill has revolutionized the lives of millions of women. Let’s hope that its impact on the next fifty years proves to be just as positive for both men and women alike.