Women More Likely to Use Birth Control if Partner Supports It 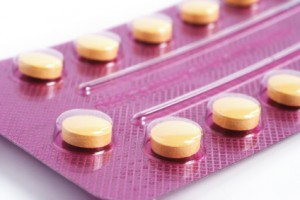 The “birth control” question can be confusing for partners, and birth control options are predominantly aimed towards women, putting the decision in their hands, however a new study suggests that women are twice as likely to use birth control if their partners are very much in favor of it.

The study was done in Los Angeles and Oklahoma City; lead by Marie Harvey – a professor of public health at Oregon state University.  Funded by the Centers for Disease Control and Prevention (CDC), the study looked at 435 couples that were between the ages of 18 and 25.  The women in the couples were not pregnant and were not trying to become pregnant.

The men and women in the study said they both participated in deciding whether or not to use birth control.  However, agreement between partners on whether they had discussed birth control was low. Harvey claims that this contradiction is typical in male and female relationships.  To a woman, a conversation about birth control might include weighing in all birth control options and having a long detailed conversation.  To a man, it could be as easy as asking a woman if she is on birth control.

Both partners were interviewed on contraception use and pregnancy motivation. It was found that even among women not trying to get pregnant, less than 60% said avoiding pregnancy was extremely important.  Regardless of what the women had said about avoiding pregnancy, a large number of surveyed women were engaging in unprotected sex.  This reflects mainly on the education that health care providers are giving to young women.  “Providers need to probe more to understand women’s’ motivations and help them clarify their desires about whether or not to use contraception” Harvey said.

“We are trying to better understand the influence of partners…Public health research in the past has largely focused on the woman alone, but we know that a woman’s partner can be very influential.  Yet, research rarely addresses the influence of sexual partners on protective behaviors.”