Clear Concept: The Contraceptive Choices That Women Are Unaware Of

Birth Control has evolved over the past decade to rectify two significant problems: abnormal bleeding and missing pills. Instead of switching to the newly improved contraception available, women are nonetheless sticking to more common methods of birth control mainly including birth control pills, condoms and withdrawal. Women are uninformed of the many non-contraceptive benefits offered by the different types of birth control available today. 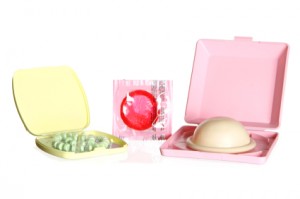 One example would be the advantages of the birth control pill, aside from contraception, the pill cuts the risk of ovarian and uterine cancers, relieves heavy bleeding and painful menstruation. Women are still wary to use hormonal methods of contraception due to exaggerated misinformation about the risks involved.

There are 4 different types of oral contraceptives:

The theoretical efficiency of oral contraception is not often lived up to in the real world due to regular missed pills. Studies show that up to forty percent of women often miss pills in any birth control regimen causing unwanted pregnancy and unscheduled bleeding. The transdermal patch and vaginal ring were created to minimize these problems. The patch (Evra, Ortho-Janssen) releases hormones into the skin every day for a week. The ring (Nuvaring, Merck) delivers hormones daily for one month. Both contraceptives are extremely effective and related to improved bleeding although there had been concerns about the dosage of estrogen continuously being delivered to the body. There are concerns regarding the Evra patch which dispatches more estrogen than the regular patch. There had also been warnings issued by the FDA and Health Protection Branch (HPB) about the increased risk of thrombosis associated with the patch. Hence the (vaginal ring is seen as the most competent in cycle control and consistent with the lowest rate of unscheduled bleeding. In spite of the favorable points, girls are not open to the way the ring is self administered (insertion into the vagina).

The intrauterine device continues to be overlooked by its poor image and is still unknown for its obliging efficacy and safety. Overshadowed by false ideas of increased pelvic inflammatory disease and infertility, patients and physicians are oblivious of the benefits of the intrauterine device.

The effectiveness of the use of the intrauterine device is comparable to that of surgical female sterilization. Aside from contraception, other advantages offered by the IUD include significant decrease in dysmenorrhea and bleeding. Insertion is a procedure done at a clinical office.

Evidently contraceptives are still being developed and new developments continue to be introduced to the general public. As the number of contraceptive options increase, the challenge lingers to increase awareness and reassure patients of the safety of these options.