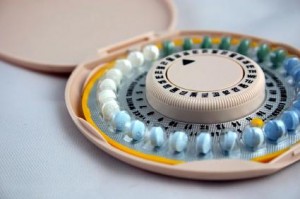 Birth control has been a controversial issue in healthcare. “The pill” as it is commonly referred to as has been evolving over time causing extensive studies to be done. There has been birth control scares in the past causing fear and confusion which still continues to live on in the birth control world. False advertising and not fully disclosing the side effects of birth control pills has produced class action law suits in the past.

However, the Society of Obstetricians and Gynaecologists of Canada has reported that the studies done are in fact false which means the pills carry the same risks as other birth control drugs on the market. The recent contradictory evidence and the subsequent media coverage has generated fear and confusion among its users. This has spawned a class action law suit which will further examine the drug. What doctors are worried about is the spread of confusion to all general oral contraceptives and drospirenone-containing oral contraceptives in particular. As principal author Dr. Robert Reid, a professor of obstetrics and gynecology at Queen’s University in Kingston says, “We were concerned that it was going to generate another pill scare like the ones we’ve seen in the past.”

A European surveillance study sponsored by Bayer Inc. supports what doctors have been saying along. The study showed, “Nearly 60,000 new users of various birth control pills found no difference in blood clot rates between Yasmin and Yaz and other birth control pills on the market”. Dr. Reid believes that the pill’s estrogen dose is the primary cause for blood clots. The first birth control pills contained 150 micrograms of estrogen while now most pills contain 35 micrograms or less. Reid mentions, “The trade-off is that, as you lower the dose of estrogen, you start to get more spotting. Women get fed up with it and they become non-compliant — they stop using the pill and then they run a risk of getting pregnant, which has a much higher risk of blood clot than any pill”. Gynecologists are now warning that the scare can result in unwanted pregnancies and cause a domino effect amongst all birth control pills.