Is Birth Control in the USA Under Attack? 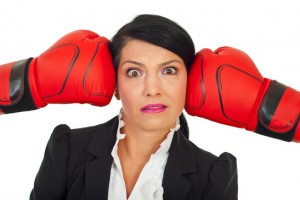 Birth control seems to be one of those basic things you can pick up, one way or another. A little research can show a wealth of options, methods, pills, IUDs, and shots that women can use to help plan when and with whom they get pregnant.

And if a prescription option wont’ work, there’s always condoms.

But, are the people in power really looking out for your right to control your reproduction? Maybe not. A look over recent events, people, and organizations shows that the landscape may not be as welcoming as it needs to be.

On MSNBC with Andrea Mitchell, Foster Freiss is asked about contraception and family planning issues on the air. Instead of responding to the issue seriously, he comes back with a chuckle, an “in my day…” starter, and a joke about using aspirin to keep from getting pregnant.

His take on matters: keep the aspirin pill between your knees and you won’t get pregnant.

While he did later apologize, claiming that he meant it as a joke and not as a modern-day approach, it’s still frightening to think that people like this often call the shots when it comes to politics, policy, and funding.

Blankenbeker had an odd proposition to married couples. Instead of using birth control, they should just practice abstinence to stop from getting pregnant.

Most of us could probably agree that this isn’t likely to happen. And this is coming from a legislator.

The problem here isn’t that the debate took place. It was more about who was doing the debating.

This particular debate included religious leaders and an all-male cast of House Republican legislators. This seems strange considering that more and more people these days are not overly religious. And also, most forms of birth control do not affect the male body, short of condoms.

This story has made headlines more than a few times since it happened. But here’s the story, in brief.

Over the course of three days, Rush Limbaugh, a conservative radio host, ranted about Sandra Fluke and her approach to birth control. Limbaugh called her names like ‘slut’ and ‘prostitute’ based on her contraception-using actions.

This didn’t go over too well with many people, including President Obama. Obama phoned Fluke personally and expressed his support.