Warning: Your Bra May Increase Your Risk of Breast Cancer 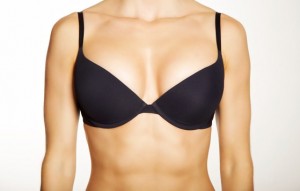 Wearing bras can cause breast cancer. You’ve probably heard this or read this on the internet before. Given that bras are rather indispensable articles of clothing for many women, the idea that it can cause cancer can be quite alarming. Now this leads us to the question – does it really cause breast cancer?

The rumor behind breast cancer and bras

Rumors vary when it comes to bras causing breasts to behave badly and develop tumors. Just to give you an idea, the most common rumor says that women who wear bras for twelve or more hours every day have a higher chance of developing cancer than women who do not wear bras at all. There’s even a seemingly believable medical explanation to this claim. It’s said that bras restrict the lymph system, causing accumulation of toxins in the breast, which in turn causes tumor growth. Thus, accompanying the myth, is a proposal that breasts should be left without bras to keep them healthy.

What does science say?

Before we go on and dispel the myth about breast cancer and bras, it’s important to note that breast cancer is not a new disease. We’re talking about an ancient condition, both well-known and fatal – even prior to the invention of bras.

What does medical science say? There is a slight difference between the breast cancer risk among women who wear bras and those who don’t, with the risk being slightly less for women do not wear them.

This shouldn’t raise your worries because it isn’t really the bra that makes all the difference in the situation. Researchers explicitly lay down two facts:

1) Most women who go braless are those who are small-breasted and fairly lean.
2) Women who have fuller breasts or those who weigh more turn to bras for comfort and support.

It’s worth pointing out that having more than the average amount of breast tissue or having extra body weight are actually factors that have been proven to increase the risk of breast cancer.

The development of breast cancer is still a phenomenon that isn’t 100% explained. What is known is that it develops from the inside the body. Partly due to hormones and genetics, we see estrogen levels increase causing cells to go haywire and mutate. Even with this basic explanation, there are still many uncertainties surrounding breast cancer, so the myth on bras may also stem from our natural response to find explanation and reason for things. What better way is there to answer the unexplainable by blaming breast cancer on something external and tangible such as a brassiere?

So, what’s the final outcome?

As far as breast cancer and bras goes, the National Cancer Institute doesn’t list down bras among factors that increase the risk of developing the condition.

The elements mentioned above are just a few of several that affect your estrogen levels and place you more at risk, but it does not include underwear. That said, there is nothing wrong with wearing bras at all, so you can put your fears to rest every time you dress up in the morning and continue wearing them just fine.