Filed under: Family Planning — crobinson @ 3:55 am

Teens across America no longer need to know “what to expect when you’re expecting.” Because they’re just not expecting.

The U.S. Department of Health and Human Services released a report on June 20 that outlined a study spanning 1990 to 2008. Data was collected on factors like pregnancy rate, birth rate, and abortion rate and organized according to age, race, and other factors.

And everything is trending downward. Pregnancies. Births. Abortions.

At least it is until women get to about 30 years old. Then, pregnancies and births pick up a little.

The sharpest drop was in American pregnancies among teens 15 to 17: pregnancy rates have dropped approximately 50%.

And since abortion rates are also on the decline, this means either young people in America aged 15 to 29 are having less sex, or they’re using birth control and contraception to better effect.

Is Race a Factor for Pregnancy in America?

Ethnicity is still correlated with higher American pregnancy rates among African-American and Hispanic populations when compared to Caucasians, but the downward trend still continues.

This, coupled with the decrease in abortion rates, is very good news when it comes to our youth acting responsibly.

What Does This Mean for America?

The biggest impact we’re likely going to see is in the labor market about 20 years from now. We have more responsible young people today, which is always a good thing.

But, the birth-rate trending may leave America with a shortage of people.

The downward trend among younger people having babies is not being filled by the upward trend of women over 30 having babies. And less babies now means less people and less employees in the future.

Now that we have our young people being more responsible, we should probably start teaching our children more multicultural values.

After all, America will need workers.

If we’re not making them here, then they’ll have to come from some other place in the world.

The next generation has statistically shown themselves to be responsible, forward-thinkers when it comes to planned parenthood. The numbers are there.

And the medical technology exists to make later-life births much more feasible.

This is good news for America’s future.

A High-Fat Diet a Day Equals Increase in Birth Defects 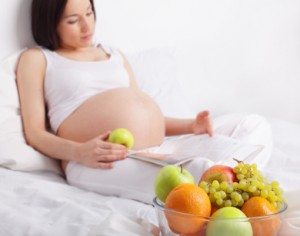 The “what-not-to-do-during-pregnancy” list is growing.  Already on the list are alcohol, raw fish/meat,  cigarettes, smoked seafood, fish with mercury or fish exposed to industrial pollutants, soft cheeses, unpasteurized milk, pate, caffeine, and unwashed vegetables. However, a new study sponsored by England’s Welcome Trust and the British Heart Foundation shows women who take on a high-fat diet before and during pregnancy will increase the risk of congenital heart defects in offspring.

Results from the research shows that genes of an unborn offspring can be affected by maternal diet. If you are pregnant or plan to become pregnant, speak to your doctor to find out if you need to make any adjustments to your current diet.