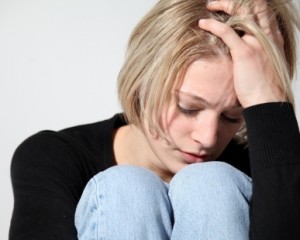 A study led by the University of Massachusetts followed more than 3,000 women in the discovery of reducing symptoms of PMS (Premenstrual Syndrome). The study showed that women who ate diets rich in thiamine (B1) and riboflavin (B2) had reduced their risk of PMS.

PMS is a combination of physical, emotional, psychological, and mood disturbances which occurs after a woman ovulates. About 80% of women experience PMS with average symptoms. Symptoms of PMS include mood swings, crying, irritability, depression, and over sensitivity. Physical changes are bloating, acne, fatigue, and a shift in food cravings.

The study indicated that the vitamin B supplement should come from a food source and not just vitamin pills in order to reduce risk of PMS. Women who had the greatest intake of vitamin B had reduced their risk of PMS by 35% compared to women with the least intake of vitamin B. Thiamine and riboflavin may link to the brains neurotransmitters such as dopamine and serotonin which are connected to PMS.

Thiamine can be found in fortified cereals, beans, whole grains, and nuts. A source of riboflavin is available in milk, meat, eggs, and green vegetables. 2-3 servings of each should be taken each day, starting a week before a menstrual cycle.

Other treatments for PMS include exercise, drinking plenty of water, emotional support, and reduction of intake of salt, caffeine, and sodium. Avoid fast foods and processed foods and try to consume more fruits and vegetables. Birth controls such as Yaz may also reduce symptoms of PMS. Also, intake of calcium or magnesium supplements can naturally reduce water weight. Consult your doctor first before trying any vitamin supplements.

Benefits of Taking the Pill 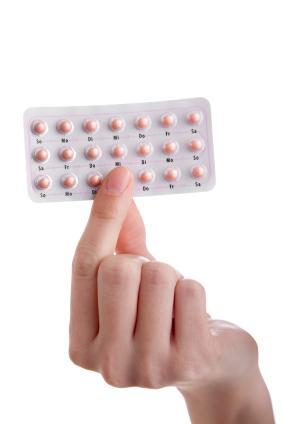 There are more benefits to Birth Control Pill use than you may think. The pill can provide medicinal benefits besides acting as a contraceptive and improve various issues you may be dealing with. There are many girls who take the pill just for its health benefits!

Birth control pills improve acne in many women. Women with moderate or severe acne that cannot be cured by over the counter medicine usually turn to the pill to solve the problem. The hormones in the pill prevent acne from forming after several months of use.

The pill will help regulate menstrual periods in women who experience periods that come too soon or too late. Birth control pills can also regulate the amount of bleeding and the length of menstrual bleeding. Many women notice that after taking the pill for 3 months, their bleeding period is lighter and only three or four days long.

The pill will help relieve most forms of cramps including severe menstrual cramps. Those who are not relieved by over the counter medicine like Midol usually take the pill to relieve the pain. Birth control pills prevent ovulation, so they can also help with any pains that come in the middle of the month.

Protection against Cancer and Ailment

Birth control pills prevent Anemia in women because they have less bleeding during periods. Chances of developing Ovarian Cysts, breast lumps, and Pelvic Inflammatory Disease are lower in women on the pill. Women who use the pill also have a lower risk of getting Endometrial (lining of the uterus) Cancer, and Ovarian Cancer later in life.

Although the pill does not cause weight gain, it may increase breast size. Estrogen is a natural female hormone which is responsible for changes during puberty. The estrogen in birth control pills has the ability to stimulate breast growth- especially in women who are still developing.

How The Foods You Eat Affect Your PMS

There are some in the medical community who believe that PMS is actually a social phenomenon caused by social constructs. But there are many naturopathy and nutrition changes which may be able to alleviate PMS.

Commonly, doctors suggest to their patients that ibuprofen and oral contraceptives can reduce pain associated with PMS. And it is true that women taking birth control pills have reported less menstrual pain. Typically ibuprofen needs to be taken three to four times a day. These medications are known to block the adverse effects of prostaglandin hormones.

Prozac, an anti-depressant also known as fluoxetine, is an SSRI (serotonin based) which can be prescribed by your physician. Prozac dosages usually are between 20 to 60 mg per day. Other drugs which are often used include paroxetine, clomipramine, fluvoxamine, and nedadozone.

Hormone treatments include oral contraceptives, progesterone, and gonadotropin-releasing hormones, although these should only be used to treat severe symptoms as they have side effects as well.

But not all women want to take birth control pills, prescription drugs or ibuprofen to reduce their PMS pain and symptoms, due to the many side effects of these drugs. So for those that are interested in alternative options, there are nutritional therapies, lifestyle changes and herbal treatments. Acupuncture is another alternative treatment that some swear by.

On the nutrition side, some nutrients often can reduce or eliminate the negative symptoms thought to be associated with PMS. Here are some nutritional suggestions for changing your diet during your peak PMS times to reduce the PMS symptoms: Avoid smoked cheese, meats (such as bacon), and fish. These can increase fluid retention; Avoid caffeine and carbonated beverages; Avoid alcohol; Avoid smoking; Reduce sugar intake; Reduce sodium in your diet; Increase fiber in your diet; and Eat fresh food.

A noted gynecologist who has suffered PMS herself suggests that taking nutrients such as calcium, magnesium, and Vitamin E may have beneficial effects on PMS. In a 1998 study published in the American Journal of Obstetrics and Gynecology, Susan Thys-Jacobs found that calcium supplements of 1,200 milligrams per day (equivalent to four glasses of milk) reduced PMS symptoms dramatically. Results from using calcium supplements do not become apparent immediately. Calcium increases generally take about two months to take full effect.

Increasing Vitamin A intake has been shown to sometimes be effective. Other nutritional supplements available that may prove effective are Vitamin B6, manganese, and tryptophan. Tryptophan specifically is a good option when your PMS symptoms include crying, mood changes and depression. It works by increasing the serotonin levels in your brain to elevate your mood. Be cautious though, because taking too much may make you sleepy. It is commonly found in online supplement stores. Try some dietary changes and taking some vitamins and supplements before taking drugs, because these are usually safer alternatives.