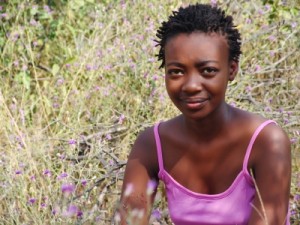 Your Guide to Spring Break

A study done by the National Campaign to Prevent Teen Pregnancy states that under fifty percent of young people use contraception when having sex. Unfortunately many young girls fail to understand the importance of contraceptive methods. Here are a few tips girls may find useful during spring break.

The “morning after pill” may be a good option for individual women in crisis, but advance access to emergency contraception is no antidote for the national problem of unintended pregnancy.

Contrary to the fears of critics, the presence of Plan B does not provoke riskier sexual behavior.

According to a new review of studies, women who received an advance supply of birth control pills for emergency contraception had an equal chance of becoming pregnant as women who did not have early access to the pills.

The review draws conclusions from eight studies of more than 6,000 women in the United States, India and China.

Plan B is a well-known brand of emergency contraception pills, but many different types of birth control medication taken at higher doses can prevent pregnancy after sex. Treatment must begin within five days after unprotected sex – and sooner is better when it comes to EC.

“We had expected that easier access to emergency contraception could help women use the pills more quickly when they needed them, and that in turn – since EC is a time-relevant medication – this could help women avoid unintended pregnancy,” said lead reviewer Chelsea Polis.

The review appears in the current issue of The Cochrane Library, a publication of The Cochrane Collaboration, an international organization that evaluates research in all aspects of health care. Systematic reviews draw evidence-based conclusions about medical practice after considering both the content and quality of existing trials on a topic.M

Princeton University demographer James Trussell says easier access to emergency contraception will not slow the rate of unintended pregnancy in the United States.

“For individual women, it is definitely a last chance to prevent pregnancy after unprotected sex. But it is not going to have a major population impact because people will never use it enough,” he said.

The review found that emergency contraception use was higher among women given an advance supply of the birth control pills, but that increase in use did not translate to a drop in the pregnancy rate.

“Even though advance provision increased use, we don’t know if women were using EC at the times when they were at risk for pregnancy, when it was really needed,” Polis explains.

“If women aren’t going to use Plan B when they are given it for free in a clinical trial and are counseled beforehand about using it every single time they have unprotected sex, then having to go to CVS and having to pay $45 each time – it isn’t going to happen,” Trussell said.

Nonetheless, Polis said her review is not an argument against easier access to emergency contraception.

“Women deserve the chance to protect themselves from unintended pregnancy and EC is a safe, effective way to do that. Emergencies like rape, contraceptive failure and unprotected sex occur, and easier access to EC eliminates a medically unwarranted barrier to taking emergency contraception within the recommended timeframe,” she said. “So steps like making EC available over the counter are still incredibly important.”

When advanced access to emergency contraception was first proposed, critics worried that a medicine cabinet stocked with pills to prevent pregnancy would lead some women to be more promiscuous, have riskier sex or not use condoms.

The Cochrane review counters those concerns.