Hashsoft Releases myPill for the iPhone 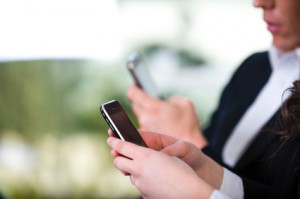 Hashsoft has released their myPill 1.0 application for the iPhone. The application not only helps women remember to take their daily pill, it can also be used to track the history of their birth control usage, such as noting which days you have missed your pill, and it can predict your future periods.

While myPill is not the first “reminder” apps, it definitely is one of the most versatile. The app shows you a simulated look at your pack of birth control or if you would prefer, can show you a calendar view. By simply dragging your finger, you can look to the next month to help you predict when your next period may be. You can use this feature to predict your period up to 6 months into the future.

Once the app has been configured, you will receive an alert every day at a chosen hour until you are finished your current pack. There is then a seven day break until a new pack begins automatically. You are able to customize the message you are to receive to remind you to take your pill or how many days are left until your period.

The myPill application is available for download and I’m sure it will help women remember and manage their birth control pills every month. The myPill is definitely an app worth looking into at the very least.

The condom is still the most used form of contraceptive amongst teens – used by 66% of sexually active females and 71% of males – and the pill is the second most common,  however the more risky method of rhythm birth control is becoming increasingly popular in sexually active teenagers between the ages of 15 – 19 (thanks to the iPhone app?).  A recent government survey found that there is an increasing number of teenage girls in the U.S who say they rely on the rhythm method of birth control. The survey also reveals why teen pregnancy rates are no longer dropping.  Young adult attitudes since 2002 have not changed much concerning pregnancy and birth control, but there are some notable differences in the survey released by the Centers for Disease Control and Prevention.

Rhythm birth control is essentially a way of tracking the period and noting days of ovulation and high conception risk. The idea is not to engage in sexual activity on days of ovulation. However this method is only 25% reliable as ovulation does not always occur according to a set schedule.   About 17 of sexually experienced girls say they have used the rhythm method compared to the 6% back in 2002.  Although they may have also used another form of birth control, it is still a concern considering that a sexually active teen who does not use contraceptives has a 90% chance of becoming pregnant within 12 months.

The survey was based on interviews with 2,800 teens 15 – 19 years old.  About 42% of unmarried teens had had sex at least once in their lifetime, and of those teens, 98% reported using a method of birth control.  Although these findings were the same as a survey in 2002, they do not explain why teen birth rate rose in 2005 – 2007.  The only possible reason must be because of the increase in the use of rhythm method birth control, and a change in teen’s attitudes towards teen pregnancy.  About 64% of teenage boys believe its okay for an unmarried girl to have a baby.  This shows an 50% increase from the statistic in 2002. 70% of girls agreed that it is okay for an unmarried girl to get pregnant compared to the 65% who agreed in 2002.

One possible reason for the more liberal approach to sex and pregnancy amongst teens is that the survey was conducted in the year of several publicized pro- pregnancy incidents including Jaimie Lynn spears’ pregnancy, Sarah Palin’s daughter Bristol’s pregnancy, and the release of the movie “Juno”, where a teen  accidentally becomes pregnant.