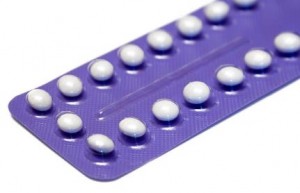 A recent study from Salzburg University in Austria has concluded that contraceptive pills can increase the areas of the brain associated with memory and social skills.

The research showed that contraceptives enhance the brain’s conversation area which leads to improved social skills. Gray matter area essential for memory also grows in size by about 3% with oral contraceptive use.

Scientists took images of the brains of 14 men and 28 women (some of which were using the pill).  The women who were not using birth control pills were scanned several times over a one month period to tract their natural hormonal fluctuations.  Areas of the brain in women taking the pill were larger than the brains of the women who were not.  The growth in women only occurred in regions of the brain that were naturally larger than men to begin with – such as the areas involved in conversation.  The pill had little effect on the areas of women’s brains that are more dominant in men, such as special skills and map reading.

The results were the same regardless of the type of birth control used or the length of time it had been prescribed for.

Studies have previously been conducted on the differences in brain structure between men and women, however this is the first time a study has looked at the impact of hormonal contraceptives on the brain.

It was concluded that the sex hormones in the pill have a significant effect on the brain.  An increase in the volume of a brain area can actually improve the functions related to that area.  The changes are more likely to affect the skills (such as memory and verbal skills) that are already more developed in women compared to men.

It is possible that the estrogen and progesterone in the pill can help strengthen the links between nerve cells in the brain.  The brains size overall did not increase with the use of hormonal contraceptives, and it is not known whether the increased areas will return back to their original size if a woman stops using the pill.